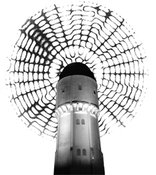 Erik Peters is a composer constantly discovering and rediscovering sound and music from a number of different perspectives. He works with acoustic, electronic and performative means of expression, often in various combinations. For ANTENN 2020 he plans to do a soundwalk along the creek running through Gnesta, as well as a sonic meditation inside the water tower, connecting to the theme of lament.

On the evening of World Listening Day, the 18th of July, we were sitting next to the water tower discussing the possible meanings of the concept of lament. During the day we had walked along the water system of Gnesta, following the creek and visited a small spring. Later the same evening I read that a young person had drowned in a lake close to the area where I live. A group of boys had decided to swim across the lake, and on the way back one of them got too tired to make it to shore. The day after we learned that it was a relative to a friend of our son who had drowned, and that the friend had been there when it happened. The next few days he spent some time at our place and we talked about the tragic event and how it had affected him. His story also affected me; the theme of water and lament suddenly became very concrete and got a whole different meaning than before. 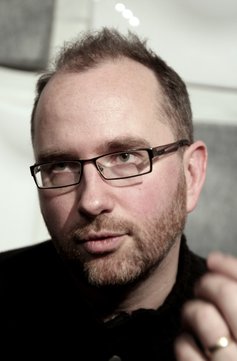 Our audience is among the participants in the SoundWavesLament - not only through active listening and sounding during the coming broadcast. Already beforehand, the public has been invited through social media as a co-creator in the artistic process. Elderly people and people with disabilities living in nursing homes have received a special invitation to share their memories and feelings about the dual theme of water and grief.

In parallel, a group of writers created a collective WordSong - a poetic work in its own right, as well as a material for the sound artists to work on. The WordSong set off in response to Julia Adzuki's text On Lament, but has taken its own path through continuous poetic dialogue. Read and marvel! 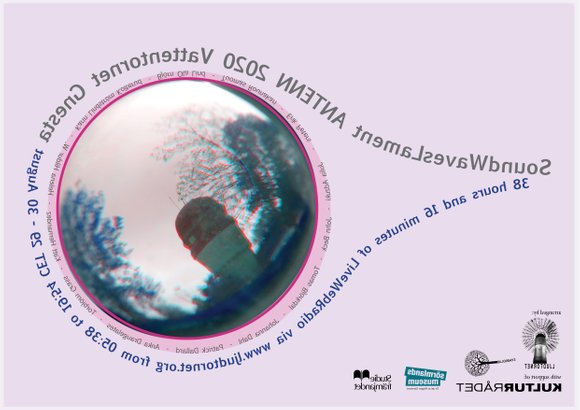 Julia Adzuki is an artist and dance educator working with acoustic and poetic resonance, creating instruments, performances and experiences that awaken the senses. Born and raised in Australia, she emigrated to Sweden in 2003. Julia is a certified teacher in the movement pedagogy Skinner Releasing Technique, and has an MA in choreography with specialization in New Performing Practices from DOCH / Stockholm University of the Arts. Since 2009 Julia has an ongoing collaboration with Patrick Dallard as SymbioLab.

Julia found her path to lament in addressing environmental grief and a family history of colonisation. In 2019 she led the Styx Lament project in Tasmania together with 16 collaborators, finding ways to be with the clear-felled old growth forest though listening, sounding, stillness and movement, as a kind of sensorial, sonic activism. After participating in Tuomas Rounakari’s Art of Lament workshop this practice clarified further. She is currently working with a number of lament related collaborations and is in awe of the transformative power of this practice, of releasing shame, of expressing, witnessing and connecting deeply, with people, places and the elements.

John Beck, born in 1959 in Philadelphia USA, emigrated to Sweden in 1985 and now living in Gnesta. John is a classically trained pianist and composer who for over 40 years has developed his own, extensive improvisation and compositional style, where many influences play in - Bach is always influential, however. In addition to a "regular" concert activity, he has collaborated with theater, eurythmy and dance productions. He has been active in church music for the last 15 years and has improvised / written many sacred works, where "Lament" thoroughly informs the timbre. 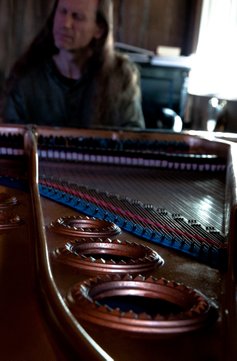 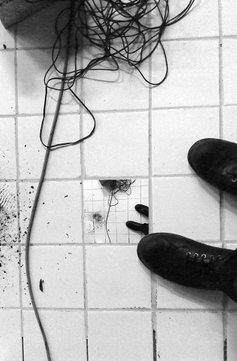 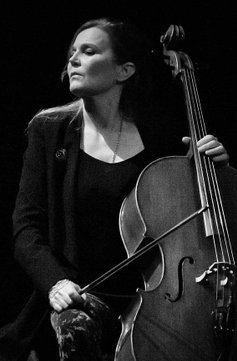 Johanna Dahl is educated in classical cello at the University of Stage and Music in Gothenburg. Today she has a wide range of genres as a freelance musician and composer: classical, folk music, experimental improvisation, pop etc. Johanna has participated in a number of dance and theater productions, including Stadsteatern in Gothenburg and Stockholm and worked with a number of independent theater groups. She works part-time as an educator at Gnesta Cultural School. Johanna is a regular member of the groups New Tide Orquesta and the folk music trio Krackel Kapell. 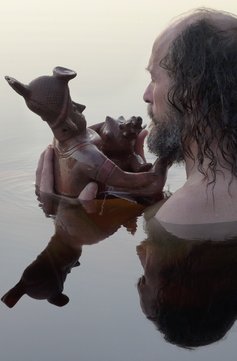 Patrick Dallard works as an artist and art educator, and studies Deep Listening through Hola folkhögskola (adult education) and The Center for Deep Listening in Rensselaer, Troy N.Y. Since 2009 Patrick has an ongoing collaboration with Julia Adzuki as SymbioLab, and first experienced the practise of lament through Julia’s Styx Lament project. Patrick participated in this collective lament in the threatened old-growth forest in Tasmania.

He explores sound by creating instruments. In SoundWavesLament, Patrick will use an experimental organ instrument and water installation.

Anka Draugelates is a German vocal artist, composer and improviser. She has performed throughout Europe, United States and South Africa. She has been awarded residencies and fellowships including Djerassi (USA) and Tyrone Guthrie Centre (Ireland). Draugelates has collaborated with filmmakers, visual artists, dancers and musicians.

Her songs, compositions and improvisations cross all styles, filled with devotion. Her extraordinary vocal variety, her presence and vibrant joy in music focuses the audience and leads them into imaginary spaces. 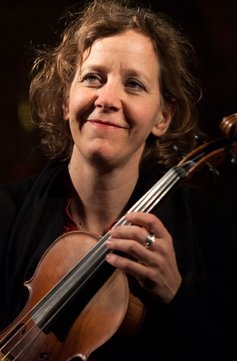 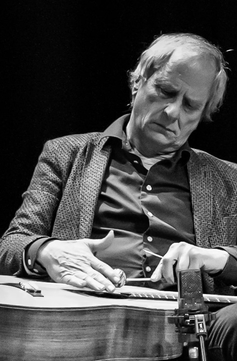 Torbjörn Grass works full time as a freelance musician. He performs his own music, often with guitars especially designed for him.

He has always been interested in placing his compositions in unusual environments and has written a number of compositions for industrial settings, mines and other interesting locations such as an ironworks opera, a mine mass for the Church of Sweden and chamber music, just to mention a few.

He has also created a number of musical instruments and has built several musical rooms in different locations in Sweden.

In the SoundWavesLament Torbjörn will be using his grassophone in combination with guitar and electronics. 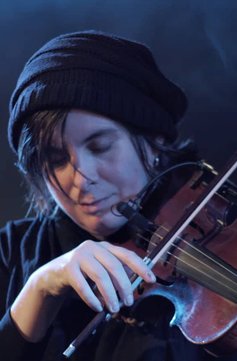 Katt Hernandez - maverick violinist, improvisor and composer - moved to Stockholm in 2010. She currently plays in the Fire! orchestra,with Rotem Geffen, Dennis Egberth Quintet and Drone Bow, as well as a host of other sudden, spontaneous configurations in spaces both known and unlikely. She is earning a PhD in Music from Lund University,  a project of multiple compositions, improvisations, sound installationss and writings about the Ephemeral City, and how the imagination is Bigger than gentrification, hyper-capitalism or other banalities. Her work has been featured both locally and internationally, more recently at Nordic New Music Days in Bodø, Coppenhagen Jazz Festival, SuperDeluxe in Tokyo, the Brooklyn Common in New York and at MuTeFest in Helsinki. Before leaving the U.S., Katt was a veteran of experimental music scenes, Art Spaces and activist circles on the east coast, where she worked with a vast array of musicians,dancers, puppeteers, film-makers and other artists. In lamenting she seeks new modalities; in dirges the onward walk; in ballads the story that remains; in strange hymns unearthly communion with lost pasts and alternative futures. "And death shall have no dominion" (D. Thomas). 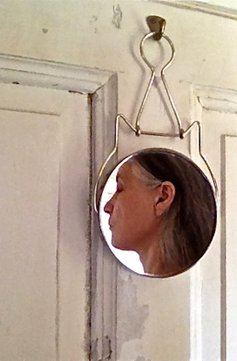 Helena Hildur W. is a visual artist, educated at the Royal Institute of Art in Stockholm - standing in open-ended tradition, in a workplace where the invisible and the visible touch one another. Painting, to her, is learning to listen by eyesight. She has spent much of her time in children’s company, and with old people; also with people who, for some reason, do not speak. Moreover, she has worked with installations and multilingual performances, and keeps a special interest in non-hierarchic learning and research practises. In the SoundWavesLament, Helena offers her artistic experience especially in working with light, language and space. 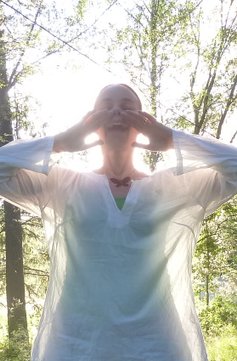 Karin Lindström Kolterud is a professional educator and folk song artist with cutting-edge expertise in the ancient vocal technique kulning which is associated with the Nordic summer pasture tradition. Karin is a bearer of the cultural tradition kulning from her Norwegian family in Valdres. The forest is her workplace, where she works with kulning for wellness - as a tool for presence in the moment through the powerful sound of the kulning. As an artist in the group for SoundWavesLament, Karin contributes above all with her voice, and she sees the mourning song as a constructive force and a supporting bridge for grief. 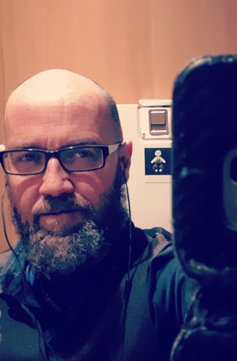 Björn Ola Lind, educated at Konstfack 1985-90, moves in the borderland between different art forms such as sound, sculpture, video, photography, performance and activism. He explores liminal states between dream world, myth, place and spirit. He has collaborated with several different indigenous peoples and has been adopted by Aboriginal people in Australia where he learned ‘sacred playing techniques’ on their traditional instrument yidaki. Since 2003, he has been chairman of a performance stage in a former oil tank on Svanö in Ångermanälven - with a 25-second reverberation. Currently he is working on a collaborative project with a Butoh artist, a film project for SVT and a sound installation for a gallery tour. 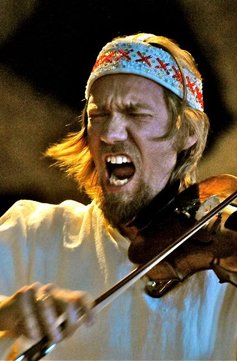 Tuomas Rounakari is an internationally acclaimed violinist, composer and an ethnomusicologist from Finland. With the folk-metal band Korpiklaani and with his solo performance Shamanviolin, he plays close to a hundred live shows per year globally. He is also a music director of a theatre group Ruska Ensemble, which collaborates with first nations people across the arctic areas.

In the course of twenty years, Tuomas Rounakari has taught over a thousand people to create personal lament songs using the principles of ancient Karelian laments. In these laments, also known as the songs of rites of passage, Rounakari found a musical tool from his own Finnish-Karelian heritage, that resembled the shamanic songs of the arctic. Laments had become nearly extinct in Europe after the second world war. Together with Pirkko Fihlman, Rounakari created a method of teaching laments that practically revitalized the genre in Finland. 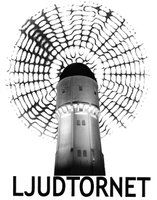 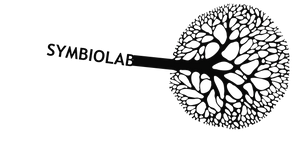 med stöd av | with support of: 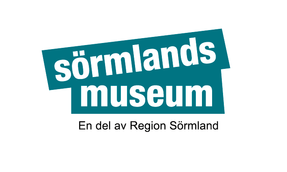